Main stops of your itinerary:

Genoa - Italy
Genoa is marvellously eclectic, vibrant and full of rough-edged style; it’s a great cruise excursion.
Indeed “La Superba” (The Superb), as it was known at the height of its authority as a Mediterranean superpower, boasts more zest and intrigue than all the surrounding coastal resorts put together.

During a holiday to Genoa you can explore its old town: a dense and fascinating warren of medieval alleyways home to large palazzi built in the sixteenth and seventeenth centuries by Genoa’s wealthy mercantile families and now transformed into museums and art galleries. You should seek out the Cattedrale di San Lorenzo, the Palazzo Ducale, and the Renaissance palaces of Via Garibaldi which contain the cream of Genoa’s art collections, as well as furniture and decor from the grandest days of the city’s past, when its ships sailed to all corners of the Mediterranean Sea.
The Acquario di Genova is the city’s pride and joy, parked like a giant ocean liner on the waterfront, with seventy tanks housing sea creatures from all the world’s major habitats, including the world’s biggest reconstruction of a Caribbean coral reef. It’s a great aquarium by any standards, the second largest in Europe by capacity, and boasts a fashionably ecology-conscious slant and excellent background information in Italian and English.

Just 35 km south of Genoa, there’s no denying the appeal of Portofino, tucked into a protected inlet surrounded by lush cypress- and olive-clad slopes. It’s an A-list resort that has been attracting high-flying bankers, celebs and their hangers-on for years, as evidenced by the flotillas of giant yachts usually anchored just outside. It’s a tiny place that is attractive yet somehow off-putting at the same time, with a quota of fancy shops, bars and restaurants for a place twice its size.

Marseille - France
When cruising southern France, you have to know that Marseille is the most renowned and populated metropolitan area in the country after Paris and Lyon. When you alight from your MSC cruise ship, the cafés around the Vieux Port, where glistening fish are sold straight off the boats on quai des Belges, are wonderful spots to observe the city’s street life.

Particularly good in the afternoon is the north (Le Panier) side, where the terraces are sunnier and the views better. The best view of the Vieux Port is from the Palais du Pharo, on the headland beyond Fort St-Nicolas, or, for a wider angle, from Notre-Dame-de-la-Garde, the city’s Second Empire landmark atop the La Garde hill. To the north of the Vieux Port is the oldest part of Marseille, Le Panier, where, up until the last war, tiny streets, steep steps Mediterranean introduction and houses of every era formed a vieille ville typical of the Côte.

You can enjoy many MSC cruise excursions from the Vieux Port. Were it not for the great metropolis of Marseille, just 30 km south, Aix-en-Provence would be the dominant city of central Provence. Aix is more immediately attractive, a stately and in parts pretty place that’s traditionally seen as conservative.

Capital of the Catholic Church during the early Middle Ages and for centuries a major artistic centre, Avignon remains another unmissable excursion. Low medieval walls still encircle Avignon’s old centre, as it nestles up against a ninety-degree bend in the Rhône river. Their gates and towers restored, the ramparts dramatically mark the historic core off from the formless sprawl of the modern city beyond.

Palma De Mallorca - Spain
Palma is a vibrant place and a world away from the heaving tourist enclaves of the surrounding bay.

MSC Cruises shore excursions can be a clever option to enjoy Palma. Finding your way around Palma is fairly straightforward once you’re in the city centre. The obvious landmark to see in Palma on your cruise holiday is the Catedral, which dominates the Mediterranean Sea waterfront and backs onto the oldest part of the city, a cluster of alleys and narrow lanes whose northern and eastern limits are marked by the zigzag of avenues built beside – or in place of – the city walls.

Five hundred years in the making, Palma’s Catedral is a magnificent building and a surprising one, too, with its interior featuring modernista touches designed by Antoni Gaudí. The original church was built following the Christian reconquest of the city, and the site taken, in fulfilment of a vow by Jaume I, was that of the Moorish Great Mosque. Essentially Gothic, with massive exterior buttresses to take the weight off the pillars within, the church derives its effect through its sheer height, impressive from any angle but startling when glimpsed from the waterside esplanade.

Opposite the cathedral entrance stands the Palau de l’Almudaina, originally the palace of the Moorish walis (governors) and later of the Mallorcan kings. The interior has been painstakingly restored, but its rabbit warren of rooms and corridors has been left comparatively bare, the main decorative highlight being a handful of admirable Flemish tapestries, each devoted to classical themes.

With an MSC excursion, you can catch a boat across from Sant Elm’s minuscule harbour to the austere offshore islet of SaDragonera, an uninhabited chunk of rock some 4km long and 700m wide, with an imposing ridge of sea cliffs dominating its north-western shore.

Ibiza - Spain
On your Mediterranean cruise to Spain, Ibiza is an island of beauty and of excess, blessed with scores of stunning cove beaches and dense pine forests.

Ibiza has long attracted hedonistic characters and wealthy bohemians, while nowadays it’s the extraordinary clubbing scene that most people come here to experience. Ibiza can lay a strong claim to being the globe’s clubbing capital, with virtually all of the world’s top house DJs and many more minor players performing here during the summer season. However, visit between October and May, and you’ll find a much more peaceful island.

During your MSC excursion to Ibiza you have to visit Ciutat d’Eivissa which is easily the most attractive settlement on the island. Colossal medieval walls guard the maze of cobbled streets of the UNESCO-listed old town quarter of Dalt Vila. The walls reach a dramatic climax at the main archway entrance, the imposing Portal de ses Taules. Just beyond is the elegant Plaça de Vila, which is lined with restaurants and cafés and makes a delightful setting for some tapas or a meal. It’s well worth the walk up the steep, winding streets to the cathedral, if only to enjoy the wonderful views out over the harbour.

A cruise excursion can take you to Formentera, the smallest of the four main Balearic Islands just eleven nautical miles south of Ibiza Town. Northwest of Es Pujols are the absolutely spectacular sands of Platja de Ses Illetes, and, across a narrow channel, the uninhabited island of Espalmador, where there’s another great beach, and water turquoise enough to trump any Caribbean brochure. Also worth a visit is Platja de Migjorn, a sweeping bay with 5km of pale sands and crystalline waters taking up most of Formentera’s southern coastline.

Olbia – Italy
Wedged into the coastline, Olbia is the largest town you’ll see on an MSC Mediterranean cruise around north-eastern Sardinia, its recent phenomenal growth due to the huge influx of tourists and cruisers bound for one of the Mediterranean’s loveliest stretches of coast, the Emerald Coast.

Olbia has a first-class museum, plus numerous bars and restaurants, usually abuzz with tourists. Long a magnet for Italy’s glitziest celebrities, in the 1960s the five-star development of the Costa Smeralda helped to transform the economy of the entire island.

With its typical rustic-red architecture, Porto Cervo, the main resort on the Costa Smeralda, embodies the dream of an idyllic Mediterranean village without any of the irritations of real life. Graffiti- and litter-free, Porto Cervo exults in its exclusivity, with a glittering yachting marina as its centrepiece.

You can enjoy many cruise excursions from Olbia: La Maddalena island invites aimless wandering and offers a variety of sandy and rocky beaches in mostly undeveloped coves. The beaches on the northern and western coasts are most attractive, particularly those around the tiny port of Madonetta, 5 km west of La Maddalena, and at Cala Lunga, 5 km north of town.

Attached to the main island by a causeway is neighbouring Caprera, the island on which Garibaldi spent his last years. Santa Teresa di Gallura is Sardinia’s northernmost port. The town gets extremely lively in summer, with a buzzing nightlife, but the main draw is the beaches, many enjoying superb views over to Corsica, just 11 km away.

There’s one stretch of sand right at the edge of town, but some of the finest beaches on the whole island are a short bus ride away, with Punta Falcone and La Marmorata to the east, and, 3 km west of Santa Teresa, Capo Testa, with its wind-sculpted granite rock formations.

Livorno – Italy
Upon reaching the port of Livorno (Leghorn) during an MSC cruise in the Mediterranean, you will find a lively town with a glorious past; its name it thought to derive from liburna, an ancient Roman vessel.

Boasting some historical monuments – Old Fortress, New Fortress, Marzocco Tower – that have survived Fascist demolitions and Allied bombings, the city is a good starting point for a discovery tour of the Tuscan food and wine culture: fruits, vegetables, typical dishes of the traditional sea and land cuisines and, of course, wines such as Chianti and Brunello di Montalcino, a wine of great regional importance. One of the excursions proposed by MSC Cruises will take you to Florence, the cradle of the Renaissance. Along its streets strolled great artists and writers such as Dante, Brunelleschi and Donatello, among others. Let yourself be enchanted by the beauty of its historical buildings, such as the Cattedrale di Santa Maria del Fiore (the Cathedral of Saint Mary of the Flower or Duomo), a clear example of Gothic art with its pink, white and green marble exterior and an interior decorated with frescoes by Giorgio Vasari. The Uffizi Gallery, on the other hand, is one of the most important museums in the world, housing masterpieces by Botticelli, Michelangelo, Raffaello and Tiziano, to name a few. It is impossible not to be enchanted by the magic of Ponte Vecchio (the Old Bridge), the majesty of Piazza della Signoria and the elegance of the Basilica di Santa Croce (Basilica of the Holy Cross). Another excursion is dedicated to Pisa, the birth city of Galileo Galilei. The city is famous for its Tower, a leaning bell tower of white stone facing Piazza dei Miracoli, which also hosts the Cathedral and Baptistery.

The former was designed by the architects Buscheto and Rainaldo and completed at the end of the 12th century, while construction of the latter began in the second half of the 12th century. Its architectural lines are similar to those of the Church of the Holy Sepulchre in Jerusalem.

Feel Safe to book this offer 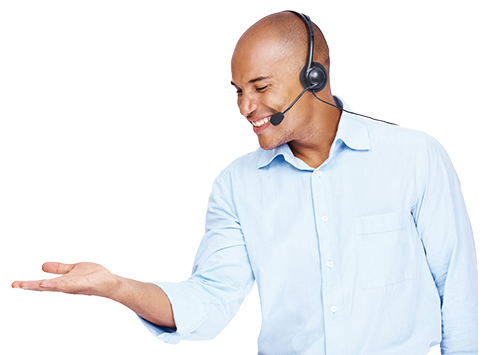